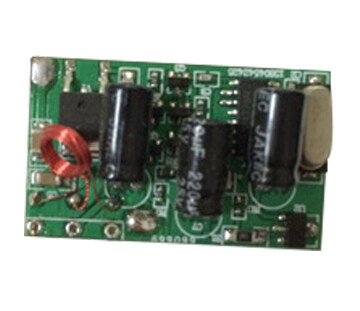 Advantages: high assembly density, small size and light weight. Due to the high assembly density, the wiring between components (including components) is reduced, thereby improving reliability; the number of wiring layers can be increased, thereby increasing design flexibility; A circuit with a certain impedance is formed; a high-speed transmission circuit can be formed; a circuit, magnetic circuit shielding layer can be set, and a metal core heat dissipation layer can also be set to meet the needs of special functions such as shielding and heat dissipation; simple installation and high reliability. Disadvantages: high cost; long cycle; high-reliability testing methods are required. Multilayer printed circuit is the product of the development of electronic technology in the direction of high speed, multi-function, large capacity and small volume. With the continuous development of electronic technology, especially the extensive and in-depth application of large-scale and very large-scale integrated circuits, multilayer printed circuits are rapidly developing in the direction of high density, high precision, and high-level digitalization. Fine lines and small apertures have appeared. , Blind and buried holes, high plate thickness to aperture ratio and other technologies to meet the needs of the market.

The manufacturing method of the multilayer board is generally made by the inner layer pattern first, and then the single-sided or double-sided substrate is made by the printing and etching method, and it is incorporated into the designated interlayer, and then heated, pressurized and bonded. As for the subsequent drilling The hole is the same as the plated through hole method of the double-sided board. These basic production methods have not changed much from the construction methods dating back to the 1960s, but with the materials and process technology (such as: pressure bonding technology, the solution of slag generated when drilling holes, the improvement of the film) have become more mature, and the attached The characteristics of multi-layer boards are more diverse.